On June 21st 2018 a distress signal was received saying that the Trimaran Barbie was taking in water and needed immediate assistance, the Fairline Surveyor was in the area and answered the call.

Photographs show Fairline with only a crew of four, doing their monthly rescue drill.

When we arrived, two 55-year-old sailors were clinging to the upturned hull, the wind was 25/30 knots NW, As we approached the Trimaran I thought about putting one of my crew into the cage to assist the sailors but because of the weather conditions and only having four crew-members I decided against that action. We practice this drill every month, which greatly helped in the rescue. The cage performed very well and cage design enabled us to lift both sailors at once, considerably reducing the rescue time, the rolling floats provided good protection during the lift. The cage is robust enough to take some rough treatment but still light enough to be handled by one man. It really was a textbook operation. We think the cage could hold three men if it was necessary.

When the Fairline Surveyor reached us in poor weather conditions, we were clinging to the upturned hull. The basket was lowered from the boats stern and despite the rolling and pitching of boats, we got into the basket with little difficulty as the lifting strop was kept well clear of the basket entry point by the plastic tubes. There was plenty space for both of us, which speeded up the rescue. The rolling floats gave us good protection when being lifted on board, despite the sea state. We could see that if we had been the water, the design of the basket would have worked equally as well and was perfect for the rescue. The team worked well together and I could not think of any suggestion for improvement. 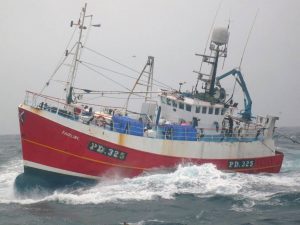 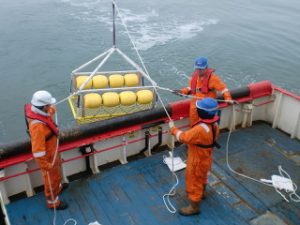 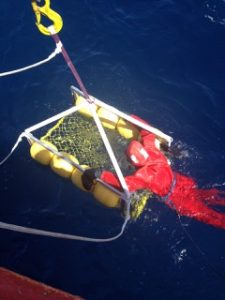 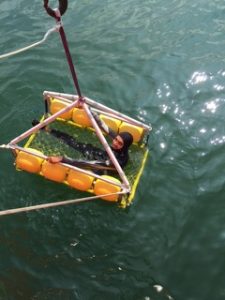